Books you don't need in a place you can't find 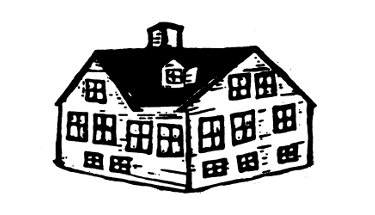 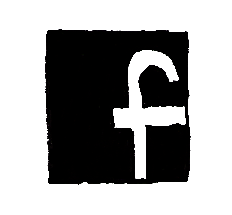 History of the Bookmill

The Montague Bookmill is a used bookstore housed in an 1842 gristmill, set on the banks of the Sawmill River, a few miles north of Northampton and Amherst, Massachusetts. The mill building is also home to a unique cafe, a gourmet restaurant, a record store selling vinyl, CD’s and DVD’s, and an artists’ collective.

The original building was built on the banks of the Sawmill River in 1832. Alvah Stone was the first proprietor and it became known as Stone’s Gristmill. Other owners after Stone were L.H. Stone, S.S. Holton, Sylvester Bangs, W.H. Nims, and George M. Stratton.

Families from Montague would come by horse and buggy to get grain. Whole grain came in from railroad cars and was brought down to the mill to be ground into flour. Grain was poured into the top of stone grinding wheels and the top stone moved, while the bottom one remained stationary. One of the old stones can be seen beside the lower parking lot. These stones were difficult to maintain, and it could take a week to hammer and chip out all the grooves. Later on, steel grinders were used as they were more compact and efficient.

In the early 1930s, Martin Machine Co. bought the building. The structure and dam were in poor shape and Mr. Martin had everything repaired. Two turbines from an abandoned power station in Conway were installed. One turbine turned an overhead shaft which operated machines directly on a belt drive. Large canvas belts covered the ceiling and were connected to each machine. The other turbine drove an electrical generator to provide electricity for lighting and machines, such as drill presses, which could not operate from the overhead shaft. The large round metal wheels seen throughout the mill were turned to open the sluice gates and let the water flow through the turbines to start the operation.

The machines manufactured here, hydraulic marking machines, were sold all over the world. These machines, designed by Mr. Martin, would mark wood, steel, or any other material. The name, size, serial number, and other important features would be stamped into various parts. Sporting equipment was marked as well. Golf clubs, tennis rackets, and Louisville Slugger bats were all stamped by these marking machines. Mr. Martin had a room full of surplus bats which he donated to the town to be used by the local baseball team.

The dam is known as a wooden crib dam and was rebuilt by Mr. Martin and his men in the 1930s. No machines were used, all work was done by hand, and it took six men one year. The timbers were all replaced and treated with creosote. Sandbags were used to divert the flow of the river, so it was never necessary for the shop to shut down during the repairs. The dam breached in the late 1980s and a minor flash flood in 1997 took most of remaining dam structure down river. Another flood in October 2005 took away more remnants of the dam. An attempt was made to rebuild the dam but was stymied by environmental concerns, including fish passage and siltation.

One of the major maintenance tasks at the mill was keeping the water intake grates clear of debris. These had to be cleared daily. There were 22 mills on the Sawmill River starting at Lake Wyola. Debris cleaned from one mill would be sent down river to the next, all the way to the Connecticut River.

In 1987, Martin Machine moved to the Turners Falls Industrial Park where Roy Cowdry, who took over after Mr. Martin’s death, is still in charge.

Jim Murphy had the original inspiration for the Bookmill, and together with Allen Ross purchased the mill in 1987. Renovations included the sandblasting of the mill’s chestnut beams to remove peeling paint and machine oil. A deck was built overlooking the river on an existing concrete foundation. Macul Associates of Amherst helped with the redesign of the interior and the shelves were filled with books. David Lovelace and John Petrovato and took over the bookstore in 1992, starting a concert series and bringing in a cafe. The Montague Mill property changed hands again in 1999, but it is still locally owned. In 2007 Susan Shilliday became the new owner of the Bookmill.